Posted on May 16, 2016 Posted By: Bill Categories: Uncategorized 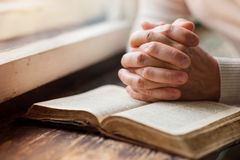 ‘Behold, I say to you, lift up your eyes and look on the fields, that they are white for harvest.’ John 4:35.

I have just finished reading a classic, if disturbing, book on the barbaric conditions of Stalin’s Communist labour camps. Aleksandr Solzhenitsyn’s One Day in the Life of Ivan Denisovich is a well known masterpiece describing totalitarian repression. Stalin tried to remove God, religion, freedom of speech and opportunity for progress in the USSR – and woe-betide anyone who resisted.

China in 1966 was going through much the same baptism of fire. The Chinese Cultural Revolution has its fiftieth anniversary this year.   Mao launched an all-out class war to promote socialism and a peasant lifestyle. His Red Guard tried to remove Christianity, which Mao regarded as a western religion, as well as the old Chinese customs practiced throughout the country. Mao expelled 10,000 Christian missionaries. As with Stalin, and notwithstanding today’s ruling Communist party, Mao’s vision has thankfully perished. In truth, mankind cannot live with such a godless philosophy. By God’s grace the China of today is very different to the country of fifty years ago.

And not just in terms of the growth of industry and a prospering middle class. The Church in China is growing rapidly. It is predicted that China will become the largest Christian nation by 2030. In 2010 there were approximately 58 million Protestant Christians in China. By 2025 that number is predicted to rise to 160 million – exceeding the number in the United States. A recent study in China found that online searches for the words ‘Christian congregation’ and ‘Jesus’ are far more numerous than for ‘communist party.’   There are large mega-churches sanctioned by the state. There are many more underground house churches free from government interference.

Sometimes in the West we can feel that Christianity is on the wane. But this is not true globally. Remember John 4.35 (above). The remarkable missionary efforts of pioneers like Hudson Taylor and the China Inland Mission in the mid-nineteenth century are still bearing fruit. Let’s be encouraged by the fact that God is still blessing faithful gospel endeavour abundantly. His Word will not return to him empty.

The anniversary of Mao’s cultural revolution has passed us by quietly. Fifty years later it has not had the enduring impact he hoped for.   Christianity, however, is 2,000 years old and more vibrant than ever. What we need in the West is a new cultural revolution – a counter-cultural revolution, which enthrones the Lord Jesus Christ in the hearts and lives of all people.