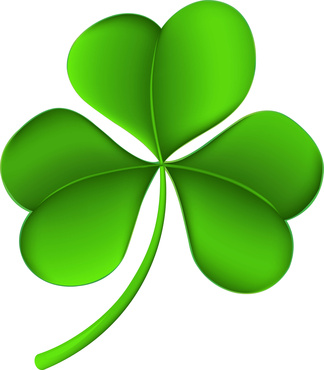 ‘I urge you, brothers and sisters, in view of God’s mercy, to offer your bodies as a living sacrifice, holy and pleasing to God – this is your true and proper worship. 2 Do not conform to the pattern of this world, but be transformed by the renewing of your mind.’  Romans 12.1-2

What was Ireland like before Patrick began his mission in the early part of the 5th century AD and how did the gospel change it?

Celts had invaded Ireland (probably coming from the Iberian peninsula) about 350BC and in time they became The Irish. It appears that Ireland changed little from the time these Celts settled in it until Patrick came. Its culture was seminomadic and largely illiterate. Its economy was founded on animal husbandry and slavery. Situated as an island in the Atlantic it was less influenced by Roman civilisation than other lands and cultures. Ireland was a place where belief in frightening gods, druidical priests and magical shape-shifters was common.

It was an Iron Age warrior culture. Human settlements were far smaller than they are today and between settled places lay uninhabited wildernesses. Local strongmen (‘kings’) ruled over a few dozen extended families of cattle ranchers who lived on scattered and isolated farmsteads. Might was right.

Later records have it that Patrick was a slave to one such ‘king’ known as Miliucc who ruled around some of the hills of Antrim.   It must have been a hard, even terrifying, life. So, Patrick began to pray to the God of his parents. ‘I recognized my failings. So I turned with all my heart to the Lord my God, and he looked down on my lowliness and had mercy on my youthful ignorance.’ Before that he spoke of his life as having ‘gone away from God’ and of not listening to ‘how we could be saved.’

However, after his ministry, by the time of Patrick’s death, the wild and untamed island of Ireland had undergone an extraordinary transformation. The Irish slave trade had stopped – Patrick is regarded as the first human being in history to speak out unequivocally against slavery. Violent, intertribal warfare had markedly decreased – by locating his bishops beside the kings Patrick limited the most powerful raiders and rustlers. The influence of pagan Irish druids had diminished – Patrick’s message that his God controlled the created world was in direct opposition to their priest-craft.

Most remarkably of all Patrick faced down the ancient phenomenon of human sacrifice, which was still going on when his mission began. The Celts sacrificed prisoners of war to the war gods and newborns to the harvest gods. Patrick proclaimed that Christ had died once for all and that there was no need for any further human sacrifices. ‘Christ died once for sins, the righteous for the unrighteous, to bring us to God’ (1 Peter 3.18).

This gospel is powerful and transforming.  In response to it God asks us to offer our bodies as living sacrifices (see Romans 12 above), which is what Patrick wholeheartedly did.