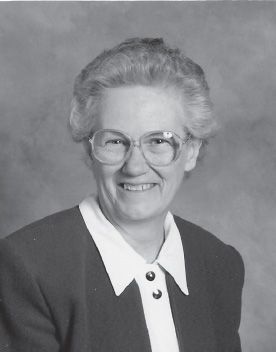 ‘Present your bodies as a living sacrifice, holy and acceptable to God, which is your spiritual worship. Do not be conformed to this world, but be transformed by the renewal of your mind.’ Romans 12.1-2

I was 19 years old when I attended a huge rally of students organised by the Queen’s University Christian Union. The reason the attendance was so great was that the speaker was Dr Helen Roseveare. Helen, who died recently aged 91, was a remarkable Christian missionary and one of the most powerful speakers I have ever heard.   She held over 500 students spellbound that night with the accounts of her missionary experiences and her passion for the gospel and the Word of God. I was later privileged to get to know her when I became part of the ministry team at her church, St Elizabeth’s Dundonald.

Helen Roseveare became a Christian as a medical student at Cambridge in 1945. She took the gospel to heart and received Christ as her Saviour.   She attended the Cambridge Inter-Collegiate Christian Union prayer meetings, Bible studies and evangelistic events. Then after completing her studies she went with WEC to be a medical missionary to the Congo in 1953.   She built a combined hospital/ training centre in Ibambi and then moved to Nebobongo, living in an old leprosy camp, where she built another hospital.

In the 1960s the Democratic Republic of Congo was renowned for extreme violence. In 1964 Helen was taken prisoner by rebel forces and she remained a prisoner for five months, enduring beatings and rapes. On being released she left the Congo and headed back to England but returned in 1966 to assist in the rebuilding of the nation. She helped establish a new medical school and hospital, as the other hospitals that she built had been destroyed.

When she returned from Africa, Helen began a worldwide ministry speaking and writing. Her most famous books are probably Give Me This Mountain and Living Sacrifice. Her life was portrayed in the 1989 film Mama Luka Comes Home.

The story of Helen’s life has been an inspiration to many Christians.   And although she had very particular strengths and gifts, which the rest of us could hardly emulate, she has left us the example of a life lived wholly for the Lord. When someone becomes a Christian he gives himself completely to Christ and does not know what the Lord will do in his life. One thing is for sure: it will never be the same again.   Helen Roseveare was truly a living sacrifice (Romans 12.1). Now she is in the nearer presence of the Lord to whom she belonged.