Why I am still an Anglican 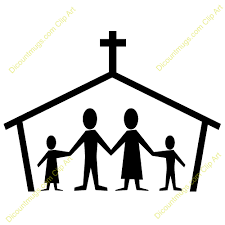 Last month I wrote about why I was still a Christian. But why an Anglican Christian? To begin with I was a cradle Anglican, born into a church-going family, my mother being the organist at Holy Trinity Ballylesson. I was baptised, went to Sunday School and was confirmed by the then Bishop of Down and Dromore, Dr Gordon McMullan.

My conversion to Christ came in my teens through the Christian witness of friends at school (RBAI – Inst) and I was nurtured in faith through the Christian Union there and at Queen’s University (more on this in a future letter).I had to decide in my late teens if the Church of Ireland was the right place for me. That decision was based on theological, liturgical and practical grounds.

Theologically, the doctrine of the Church of Ireland is spelt out in the Thirty Nine Articles of Religion, in the Prayer Book. All clergy have to give their assent to the Articles at both their ordination and their institution. They are a marvellous expression of the Reformed/Augustinian/Calvinistic faith, which in turn, I am persuaded, best represents the teaching of the Scriptures. I am very content with the historical, doctrinal and theological position of the Church of Ireland.

Liturgically, the Book of Common Prayer is absolutely Bible-driven. Read the Prayer Book carefully and you will be amazed at how much Scripture Thomas Cranmer used to compile it. The readings, canticles, collects and prayers are saturated with the Bible. The emphasis is on God speaking to us, rather than us speaking to God, which is why the word ‘worship’ is hardly ever used in the BCP. We come to church to hear from God, instead of offering a service to Him.  Cranmer wanted the congregation to understand the Word, which is why the liturgy was in English not Latin (an extremely radical break with the past). He would be the first to want the liturgy put in 21st century language – as long as its Biblical doctrines are not compromised.

Pragmatically, our concern should not be to keep Anglicanism going on our patch, but to win hearts for Christ. The parochial system has worked well, especially in rural settings which are the majority in Ireland. Sadly, many parish churches, bishops and clergy have drifted from their theological and biblical moorings and this makes it harder for classical gospel-believeing Anglicans to witness to their faith. Nevertheless in practical terms, I believe the Church of Ireland is still ‘a good boat to fish from’.