Elections – Government and the gospel

Posted on May 24, 2017 Posted By: Bill Categories: Uncategorized 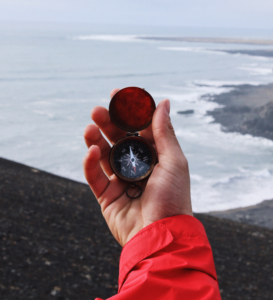 ‘Let every person be subject to the governing authorities. For there is no authority except from God, and those that exist have been instituted by God.’ Romans 13.1

Yet another election lies before us on June 8th. What should be the Christian approach to elections and government?

First, we understand that the only government which will fully deliver a true and just rule is the kingdom of God (Rev 22.1-5).   Only King Jesus can rule and judge people perfectly, impartially and with great wisdom. Only when he returns will mankind’s hope of a reign of righteousness become a reality. Christians do not put their trust in princes (Psalm 146.3) but rather in the Son of God.

Secondly, we know that in this world all candidates and electors have flaws and blind-spots. It is not so much that power corrupts; more that all our hearts are corrupt to begin with. We cannot even trust ourselves to make good judgments let alone those who are elected to high office. This is why we support democracy. Democracy allows flawed candidates to hold power for only a limited time period and in a limited way. The Prime Minister and the executive are held in check by the Opposition parties, by the House of Lords, by a free press, by the judiciary and by the electorate.   And the government must take their policies to the polls (normally) every five years. These checks and balances are in place because we cannot trust the government of the day to always act rightly. The world is far too complex and sinful for any government to always make the right decision.

Thirdly, Christians are to submit themselves to the governing authorities because ultimately God has placed them there (Romans 13). In his providence God usually assigns good rulers as a blessing and sometimes evil rulers as a means of trial (e.g. 2 Chron. 25.20; 32.24-25). True, when it comes to laws which go against God’s Word, we are to obey God rather than men (Acts 4.19; 5.29). Revelation 13 is also a counterbalance to Romans 13, describing as it does the state as the Beast. But these are exceptions to the overarching instruction to be subject to the government, irrespective of how it came to power.

Democracy is surely the best system of government in peacetime and Christians should exercise their franchise. I trust that you will cast your vote on June 8th for the candidate you prayerfully consider the best. In a media-influenced society which can be vehemently opposed to traditional Christian beliefs on marriage, abortion, non-Christian religions and a host of other issues, the privacy of the polling booth is a blessing we should neither neglect nor take for granted.