Posted on May 10, 2022 Posted By: Karen Categories: Rector's Letter 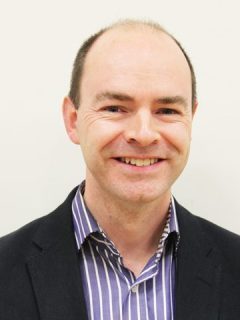 ‘This is the one I esteem: he who is contrite and humble in spirit and trembles at my Word.’ Isaiah 66.2

75 years ago the first scrolls were discovered by Bedouin goatherds near the Dead Sea.  Amongst other ancient material a complete copy of the Book of Isaiah was found.  Then from 1947 to 1956 several other caves provided well over 900 fragmentary manuscripts, which together came to be known as the Dead Sea Scrolls. The scrolls are mostly leather, although a few are made of papyrus. Most are written in Hebrew, but some are in Aramaic and a few in Greek.  The famous archaeologist W. F. Albright called it the ‘greatest archaeological find of modern times.’  Why was this moment so significant?  What is so important about the Dead Sea Scrolls?

They contain the second earliest biblical texts in existence.  The earliest biblical text we have is a small amulet from the late seventh century BC, found at Ketef Hinnom.  It contains the priestly benediction from Numbers 6: ‘The Lord bless you and keep you …’.  The oldest complete manuscript of the Hebrew Old Testament is the Leningrad Codex which dates from AD 1008.  Some texts in the Dead Sea Scrolls predate that manuscript by 1,200 years!

One of the most interesting aspects of the discovery is that any differences between the biblical texts of the Dead Sea Scrolls and what we have today in our translations are minor. Many of the differences are mere “ifs,” “ands,” or “buts” due to copyist errors. This underscores the trustworthiness of the Bible and the gracious work of God in preserving his words for his people.

It appears that a Jewish sect called the Essenes, located at the site of Qumran near the Dead Sea, likely copied and wrote the scrolls.  In their writings they argue with certain religious opponents who lived in Jerusalem.  This has provided historians with insight into the various theological positions held by Jewish sects at the time.  Historians can also glean insight into the setting and background of the New Testament period, though no New Testament fragments have been found there.

The work is unfinished. Even as recently as 2021, the Israel Antiquities Authority announced the discovery of dozens of new Dead Sea Scroll fragments, containing lines of Greek text from the Old Testament books of Zechariah and Nahum.

In his grace God has provided these texts to give us confidence that, in a way unparalleled in history, the Bible we have today is what its original authors intended to write.  While archaeologists, historians and translators continue to work on the Dead Sea Scrolls, Christians today continue to work on obeying them and all the other truths contained in God’s Word.